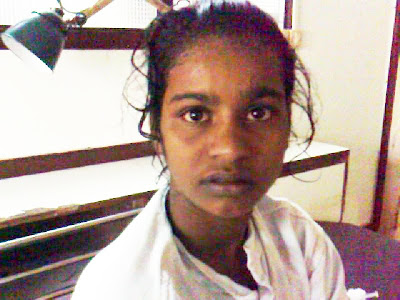 Mumbai 13th Nov. 10. Dhanlaxmi D/o Vadivel Wadwa Counder age 14 years girl, resident of Santosh Nagar, Goragaon East, Came to Silver Beach (Juhu) with cousin Brother Islam Khan (14 years) and her friend Samir Ansari (17Years) for picnic. They reached Silver Beach at around 13 hours, Islam Khan went for swim in the sea water while Samir and Dhanlaxmi enjoyed listening music and talking to each other soon Islam approached Samir and Dhanlxami to join him for a swim in the sea, Smir agreed to go for swim with Samir but Dhanlaxmi refused to go, but Samir and Islam pulled her in the water, as they were enjoying wave pulled them in deepwater. Samir and Islam soon rushed out of water leaving Dhanlaxmi drowning in the sea. Samir and Islam ran away with their cloths without raising any alarm for help of Dhanlaxmi, seeing someone in the deep water Volunteer lifeguard Rakesh and Ganesh rushed for Dhanlaxmi’s HELP. They rescued her alive.
Lifeguard Rakesh and Ganesh gave CPR to Dhanlaxmi and rushed her to Cooper Hospital with lifeguard Kamlesh for further medical. Dhanlaxmi was admitted in MICU, police case was registered at juhu police station. Dhanlaxmi was saved now she is in good health with her family.
Posted by Sunil Kanojia President, Jayesh Somaiya (L.L.M) Advocate High Court Mumbai. Spokes Person (SGL) at 7:36 PM

Excellent article! We will be linking to this great article
on our site. Keep up the great writing.

Here is my web blog; http://www.oakleyxxx.com

Great information. Lucky me I found your website by chance (stumbleupon).
I have saved it for later!

I do not even understand how I finished up right here, but I assumed this put up was good.
I do not know who you're but definitely you are going to a well-known blogger if you aren't already.
Cheers!

I am curious to find out what blog platform you are working with?
I'm experiencing some small security issues with my latest blog and I would like to find something more safe. Do you have any suggestions?

I enjoy what you guys tend to be up too. Such clever work and coverage!
Keep up the terrific works guys I've added you guys to my own blogroll.

Hi there! I'm at work browsing your blog from my new iphone! Just wanted to say I love reading your blog and look forward to all your posts! Keep up the great work!

Currently it appears like BlogEngine is the preferred blogging platform out there right now.

(from what I've read) Is that what you are using on your blog?